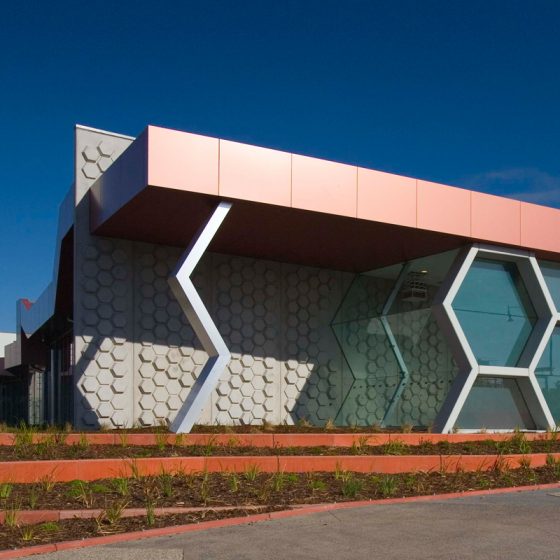 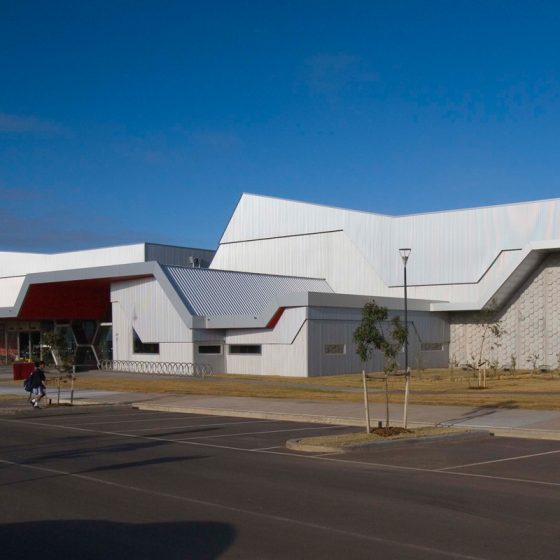 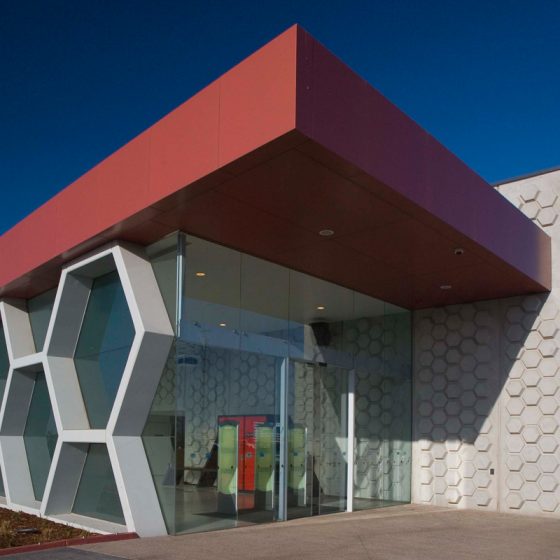 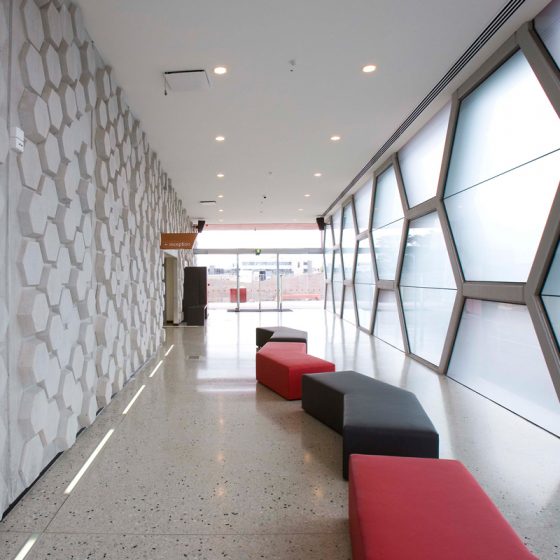 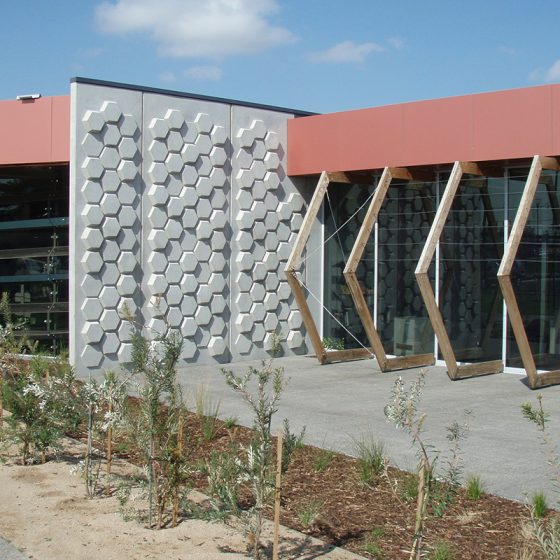 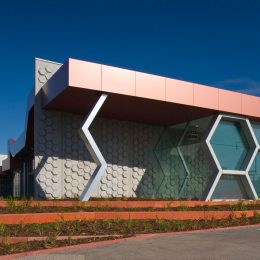 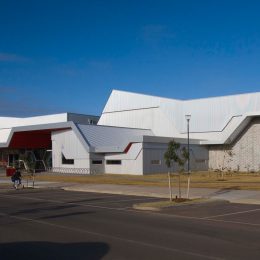 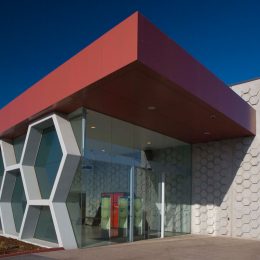 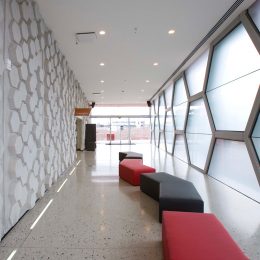 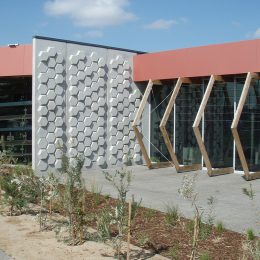 As part of an integrated development for the Caroline Springs Town Centre, the Shire of Melton commissioned Suters Architects for the developments of a 2,200sqm library and civic centre.

Precast provided a challenge in the project, which was developed by Westkon. Concrete moulds were formed using CNC machines and with latex moulds formed from this. Five master moulds were made and the moulds were re-arranged for each panel pour.

Suters modelled the shapes and forms of the panels and then sent Westkon computer generated models to set out the moulds. Westkon then made CNC milled moulds from latex rubber, which was a fairly lengthly process owing to the precision required for the moulds to be defect free.

Class two finished concrete was the poured into the moulds and once set the precast panels were taken out of the moulds and left to cure for a few days.

At this point, Suters inspected the precast panels for defects. Once all panels were cured they were trucked to Caroline Springs and erected on-site using caulked joints.